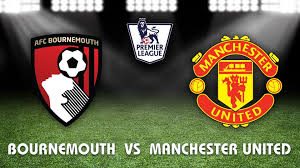 AFC Bournemouth hosts Manchester United in a game from the 11th round of the English Premier League. Let’s take a look at this clash at the Vitality Stadium in Bournemouth.

Bournemouth are doing very well since the start of the season. Eddie Howe’s team is 6th in the league standings with 20 points and a record of 6 wins, 2 draws and 2 defeats. They are currently in a very good form, being unbeaten in their last four games and winning three of them.

In their last match Bournemouth enjoyed a 3-0 win during the visit to Fulham in London. Callum Wilson opened the score after a penalty kick. David Brooks doubled the score for Howe’s team, while Calum Wilson once again made it 3-0 for the visiting team. Before this, Bournemouth made a draw against Southampton and enjoyed wins over Watford and Crystal Palace.

Manchester United are behind their next opponent in the Premier League standings. The Red Devils are 8th in the league with 17 points won and a record of 5 wins, 2 draws and 3 defeats. United are not doing in the way the fans hoped, which is the reason why the manager Jose Mourinho is being heavily criticized.

In their last game Manchester United celebrated a win. Mourinho’s boys recorded a 2-1 win at home against Everton. The French duo Paul Pogba and Anthony Martial scored for United. Gylfi Sigurdsson scored once for the Toffees, but his goal was not enough for something more.

It’s hard to pick a favourite here. Manchester United are the bigger club with the better players, but this does not guarantee them the win. Bournemouth are doing even better than them so far and they have the advantage to play at home. Do you trust United to pull this out?