Poland faces Wales at the Tarczynski Arena in Wroclaw in a game from League A’s Group 4 of the Nations League. Stay with because we will take a look at this match in our best football predictions.

This is a tough group for both teams because Belgium and Netherlands are the other two sides in it. This means that both Poland and Wales must aim for the win here if they want to keep their hopes of winning the first place alive. They are underdogs, though.

Poland’s captain Robert Lewandowski approach this fixture after another sensational season for Bayern Munich. The striker finished the campaign with 50 goals in all competitions and won the European Golden Shoe again. Meanwhile one of the players who should get a chance to play is the 20-years old Nicola Zalewski who just won the Conference League with AS Roma. The midfielder is probably one of Poland’s future stars.

Wales will have a decisive game for reaching the World Cup next week so for them facing Poland is a preparation. The manager Rob Page will have the task to prepare the team for two important matches.

The good news for Wales is the recovery of their captain and biggest star Gareth Bale. Real Madrid’s ace will join the team just after the Champions League final against Liverpool on Saturday. Most likely Bale won’t play against the Reds as his Real Madrid career looks done, but he should be ready to help the national team. Rangers’ Aaron Ramsey and Leeds United’s Daniel James remain two of the key players to inspire the Dragons in the next two matches.

That’s the best football predictions for the Nations League clash between Poland and Wales on Wednesday. Two decent teams will face each other, but Poland have the home ground advantage. Let’s see. 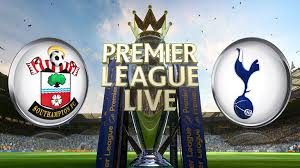 Southampton welcomes Tottenham Hotspur in a match from the 30th round of the Premier League.

It’s not an easy situation for Southampton at the moment. The Saints are currently 17th in the league standings with 27 points won, being just 2 points above the 18th Cardiff City and the relegation zone. The team surely needs to be as good as possible until the end of the season in order to guarantee itself survival.

In their last five games in the league Southampton won only once, made one draw and suffered three losses. One of these losses came in the last round against Manchester United. The Saints were close to winning a point, but they suffered a dramatic 2-3 loss at the Old Trafford. Romelu Lukaku scored a late winner for United in the 88th minute. Before this Yann Valery and James Ward-Prowse scored in David de Gea’s net.

Meanwhile Tottenham are 3rd in the Premier League standings with 61 points won so far. Spurs have a record of 20 wins, 1 draw and 8 losses in their games so far. Right now Tottenham have 3 points advantage in front of the 4th Manchester United.

In the previous round Tottenham made their first draw for the season. It happened in the big derby of North London against Arsenal. The game at the Wembley ended with a 1-1 draw. Aaron Ramsey opened the score for the Gunners, but Harry Kane equalised for Spurs from a penalty kick.

During the week Tottenham had a game in the Champions League as well. Spurs managed to beat Borussia Dortmund for a second time, qualifying for the 1/4-finals of the competition.

That’s what we had to say about the Premier League game between Southampton and Tottenham at the St. Mary’s. Good luck!