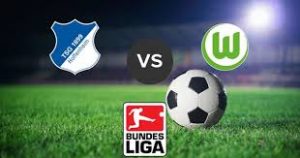 Hoffenheim hosts Wolfsburg in a match from the 31th round of the German Bundesliga. How about to have a look at this game and see what’s the situation with these two sides at this moment.

RIght now Hoffenheim are 6th in the Bundesliga with 50 points, trying to secure their place in Europe for next season. Julian Nagelsmann’s team even have some solid chances to qualify for the Champions League, being just 3 points behind the 4th Eintracht Frankfurt.

So far in the league Hoffenheim have won 13 of their games, doing 11 draws and suffering 6 losses. In their last five games Hoffe are almost perfect – one draw, followed by four consecutive wins. Right now Hoffenheim are among the teams in the best shape in the Bundesliga.

In their last game Hoffenheim travelled to Gelsenkirchen and enjoyed a solid 5-2 win over Schalke 04. Ishak Belfodil scored a brace for the winning side, while Andrej Kramaric, Adam Szalai and Nadiem Amiri also scored for the visitors.

Meanwhile Wolfsburg are 9th in the standings with 46 points, but still having some chances to play in Europe. The Wolves are only 4 points behind their next opponent, so for them this is a perfect chance to ressurect their hopes of European football for next seaseon. So far in the league Wolfsburg have 13 wins, 7 draws and 10 losses.

Wolfsburg’s recent form is pretty inconsistent – two wins, two losses and one draw. In their last match Bruno Labbadia’s boys made a 1-1 draw at home against a very strong opponent – Eintracht Frankfurt. The Wolves were very close to losing this one, but a late equalising goal from John Brooks in the 90th minute saved them.

That’s what we had to say about the Bundesliga clash between Hoffenheim and Wolfsburg from the 31th round of the league. Good luck!