Chelsea will look to keep their place in the Top 4 when they host Wolverhampton Wanderers in a game from the final 38th round of the Premier League. The situation regarding the Top 4 race is really interesting right now, so let’s take a look.

What’s happenning with Chelsea right now? The Blues are 4th in the league with 63 points, while the third Manchester United have the same amount of points. The 5th Leicester City is just one point behind and the Foxes are facing Manchester United in the final round. To be completely sure that they are going to finish in the Top 4 Chelsea need at least a point against Wolves on Sunday.

Frank Lampard’s team will try to recover after the dramatic 3-5 loss during the visit to Liverpool. It does not happen everyday to score three times at the Anfield, but Giroud, Abraham and Pulisic’ goals in Alisson’s net was not enough.

Chelsea will face Arsenal in the FA Cup final, but before this they must do their job and secure their qualification for the Champions League.

Wolverhampton Wanderers on the other hand will try to keep the 6th place in the league, being just one point ahead of the 7th Tottenham Hotspur. Nuno Santo’s boys had a terrific season, so keeping the 6th place will be a pretty major achievement for them. The problem is they need to win at the Stamford Bridge to be one hundred percent sure they got it.

Wolves are showing good form in their last three matches – two wins and one draw. But let’s see how they will do against a very motivated Chelsea team in London.

We believe that Chelsea and Wolverhampton Wanderers will offer us one of the best games from the final 38th round of the Premier League. Both teams have their reasons to seek the three points. Let’s see. 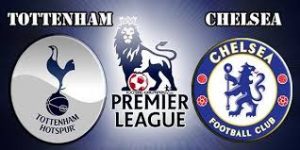 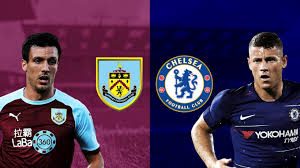 Burnley welcomes Chelsea in a game from the 10th round of the English Premier League. Stay with us, because we are about to take a look at this clash at the Turf Moor.

Burnley are currently 13th in the league standings with 8 points won. Their record shows 2 wins, 2 draws and 5 defeats. In their last five games Sean Dyche’s boys won twice, suffered two defeats and made one draw.

Burnley’s last fixture was unsuccessful. The team suffered a heavy 0-5 defeat during the visit to the champion Manchester City. The visiting team was totally outplayed by Pep Guardiola’s team, which was not a big surprise, of course. City are a far bigger club. But Sean Dyche probably hoped that his players would do a little bit better against the Cityzens.

Before losing to City, Burnley were in a run of three consecutive games without a defeat – two wins over Bournemouth and Cardiff City, and a draw against Huddersfield Town.

Chelsea are a title contender once again, after performing in a dissapointing way last season. Right now the Blues are 3rd in the Premier League standings, but trailing on just 2 points behind the leader Manchester City. Chelsea have 21 points and a record of 6 wins and 3 draws. But it’s kind of worrying that Maurizio Sarri’s side made three draws in its last four matches.

In their last game Chelsea made a 2-2 draw at home against Manchester United. Antonio Rudiger and Ross Barkley saved the point for Chelsea. It was 1-2 for United just seconds before the end of the game, but Barkley scored a very important equalizing goal.

That’s what we had to say about the Premier League clash between Burnley and Chelsea at the Turf Moor. We wish you good luck!