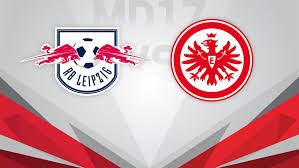 RB Leipzig hosts Eintracht Frankfurt in a game from the second round of the Bundesliga. This clash at the Red Bull Arena promises a lot of fun moments, because these two teams are really good. Let’s take a look at it.

RB Leipzig started the new season in the best way possible – with a win. The Bulls travelled to the capital to face the newcomers Union Berlin and celebrated a crushing 4-0 win. Marcel Halstenberg, Marcel Sabitzer and Timo Werner scored until the halftime break, while during the second half Christopher Nkunku added one more goal for the visitors.

This was a Bundesliga debut with RB Leipzig for the club’s new manager Julian Nagelsmann. The young tactician left Hoffenheim to move to Leipzig and start a new chapter in his managerial career. He’s regarded one of the most promising young managers in the world, so it’s going to be very interesting to follow his career at his new club.

Meanwhile Eintracht Frankfurt also started the new season with a win. The Eagles hosted Hoffenheim at home and celebrated a difficult 1-0 win. The only goal in the game was scored in the first minute when the centre back Martin Hinteregger scored after an assist from Filip Kostic. Last season Eintracht did well and reached the semi-finals of Europa League, but the team didn’t find a place in the Champions League. One of the primary goals this season is going to be a Top 4 finish, despite of the departures of influental players like Luka Jovic and Sebastien Haller.

You can be sure that RB Leipzig and Eintracht Frankfurt will offer the fans a spectacular game on Sunday. Both of these two teams have ambition to qualify for the Champions League, so for them every point is important. Let’s see what’s going to happen.