Club Brugge hosts Manchester United at the Jan Breydelstadion in a match from the 1/16-finals of the Europa League. This is a first leg between these two teams. Let’s see what’s going on with them.

Club Brugge entered Europa League after a participation in the group stage of the Champions League. The Belgian team beat Galatasaray for the third place in Group A, which allowed them to reach the second best competition on the continent. They did it despite of the fact that they won just three points in the group – all of them from draws.

For Club Brugge this is a fine season so far. They progressed to Europa League and they are currently leaders in the Belgian First Division A, losing just one game in 26 played so far. Brugge are unbeaten in their last 12 games in all competition. Few days ago they secured their 18th win in the First Division A, beating Waasland-Beveren with 2-1 at home.

Manchester United had a fairly calm campaign in the Europa League’s group stage. The Red Devils comfortably won their group with four wins, one draw and one loss, qualifying for the 1/16-finals. United will try to win the competition again after their triumph under Jose Mourinho in 2017. This could be their ticket towards a return to the Champions League and they know it very well.

The manager Ole Gunnar Solskjaer is usually mixing the team when it comes to Europa League, but let’s see how he will do during the knockout phase. He must be happy with his players right now after the 2-0 win over Chelsea in the Premier League on Monday.

Manchester United approach this game against Club Brugge in a role of a favourite, but the Belgians could give them some trouble. Even a draw would be a good result here for United before the second leg at the Old Trafford. 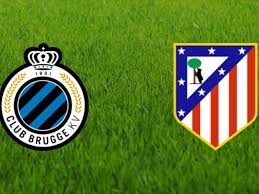 In a match from Group A of the Champions League, Club Brugge hosts Atletico Madrid at the Jan Breydelstadion in Brugge. Let’s take a look.

For Club Brugge everything in this group is already pretty clear. The Belgians will finish at 3rd place, which will allow them to continue their European campaign in Europa League. Right now they have 5 points won in the group, being 5 points behind the 2nd Borussia Dortmund and 4 points ahead of the 4th Monaco.

The Belgians started their Champions League campaign with two consecutive losses, but after this Brugge managed to win 5 points in their next three games. In their last match they made a prestigious 0-0 draw during the visit to Borussia Dortmund at the Signal Iduna Park.

Before the start of the competition, most people thought that Club Brugge are the weakest team in this group. But the Belgians showed everyone that they can play good football and achieve good results.

For Atletico Madrid this game is important, because the Spanish club could guarantee itself the first place in the group. Right now Los Colchoneros are leaders in the group with 12 points, being 2 points ahead of the 2nd Borussia Dortmund. If Atletico win at Brugge, they will finish as winners in the group. You can be sure that this is exactly what they want right now.

In October Atletico suffered a shocking 0-4 loss during the visit to Borussia Dortmund, but Cholo Simeone’s boys reacted pretty well to this, winning their next two games – against Dortmund and Monaco. In the last few years Atletico reached twice the Champions League final and now they will try to do it again. Their goal is winning the competition for a first time.

That’s what we had to say about the Champions League clash between Club Brugge and Atletico Madrid.