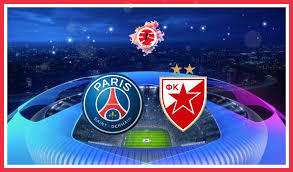 PSG hosts Crvena Zvezda in a match from Group C of the Champions League. This game is going to be played on Wednesday night in the French capital Paris. Let’s take a look.

PSG didn’t start the new campaign in the Champions League in the way they wanted. Thomas Tuchel’s team had a tough visit to Liverpool and suffered a 2-3 defeat at the Anfield. Thomas Meunier and Kylian Mbappe scored for the French champion, but a late winner from Roberto Firmino won all of the points for Liverpool.

This was PSG’s first loss in an official game for the new campaign. So far the Parisians are flawless in the Ligue 1, winning all of their 8 games so far. They currently have an advantage of 8 points ahead of the 2nd Lille, which is telling us that most likely they will win the title in France without any problems.

But of course, the big goal in front of PSG remains winning the Champions League for a first time. This is the reason why the club’s board spent so much money for new players and coaches during the previous years.

In their last game PSG enjoyed a 3-0 win during the visit to Nice. Neymar scored a brace for the champions, while Christopher Nkunku added one more for the visiting team.

Crvena Zvezda are the current champion of Serbia. They started their participation in the Champions League by winning a point after a prestigious 0-0 draw with Napoli at home in Belgrade. Zvezda were considered underdogs in this game, but they showed some quality against the Italian team and won a point.

PSG are a heavy favourite against Crvena Zvezda, of course. We expect to see the French club winning its first points in the Champions League for the season.