Manchester City welcomes Aston Villa at the Etihad Staidum in a game from the 10th round of the English Premier League. What can we say about this fixture? Let’s see.

After the last round in the Premier League, Manchester City improved their situation a little bit. Pep Guardiola’s team achieved a win during the visit to Crystal Palace, while the leader Liverpool made its first mistake in the league, losing two points during the draw against Manchester United. Because of this, now City are getting closer to Liverpool, being 6 points behind.

During the week Manchester City achieved a third consecutive win in the Champions League as well. The Cityzens hosted Atalanta at the Etihad and crushed their opponents with 5-1. Raheem Sterling made another great performance and scored a hatrick for the hosts, while Sergio Aguero scored two more.

In this game the manager Pep Guardiola once again took an interesting decision, starting two holding midfielders – Fernandinho and Rodri, as centre backs. Here’s the moment to remind you that Nicolas Otamendi and John Stones are fit to play, so they might start against Villa on Saturday.

Aston Villa are on the rise in their last three matches, doing one draw and winning twice. Because of this, now the newcomers are 12th in the league standings, which is way better.

In their last game the former European champions hosted Brighton & Hove Albion at the Villa Park and achieved a 2-1 win. The visitors opened the score after 21 minutes of playing, but Aston Villa turned it around with goals from Jack Grealish and Matt Targett.

Of course, for Aston Villa now it’s going to be much more difficult against the current champion Manchester City. It’s hard to get a result at the Etihad, although Wolverhampton Wanderers proved that it’s not impposible not too long ago.

Crystal Palace hosts the champion Manchester City in a game from the 34th round of the English Premier League. Here’s the moment to talk about this match a little bit.

Right now Crystal Palace are 12th in the league standings with 39 points won and a record of 11 wins, 6 draws and 16 defeats. In their last five games the Londoners are winning and losing on a regular basis – three wins and two defeats. Of course, for Palace the most important thing is the fact that the team is on a safe distance from the relegation zone, which brings them closer to another year in the Premier League.

In their last game Roy Hodgson’s boys celebrated a 1-0 win during the visit to Newcastle United at the St. James’ Park. The winning goal in the game was scored in the 81th minute, when Luka Milivojevic put the ball behind Martin Dubravka’s net from a penalty kick.

Meanwhile Manchester City continue their fight for another title in the Premier League. Right now the Cityzens are 2nd in the league with 80 points, being 2 points behind the leader Liverpool, but also having a game in hand. City will hope that Liverpool will make a mistake against Chelsea on the same day.

In their last game in the league Manchester City hosted Cardiff City and celebrated a 2-0 win. Both goals were scored in the first half, when Kevin De Bruyne opened the score and Lery Sane scored another one in the last minutes of the first half.

During the week Manchester City had a tough game in the Champions League, which they lost against Tottenham Hotspur in London. Because of this, most probably the manager Pep Guardiola will make some rotations in his starting line-up.

That’s what we had to say about the Premier League clash between Crystal Palace and Manchester City on Sunday. Good luck! 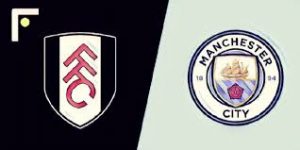 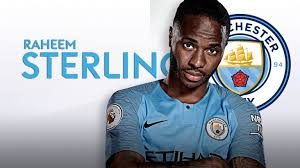