Dinamo Zagreb faces Viktoria Pilzen in a second 1/16-finals clash from Europa League. Let’s head out to the Croatian capital Zagreb in order to see what’s going on between these two teams.

Viktoria Pilzen have a slight advantage after a 2-1 win in the first leg. Daniel Olmo gave Dinamo Zagreb a lead in Pilzen, but the Czech team turned the game around with goals from the central defender Ludk Pernica. It’s a rare thing to see a defender scoring two goals in one game, but this is exactly what happened in Pilzen.

This win gives Viktoria an advantage before the second leg, but this away goal scored from Dinamo could be very important.

In the Croatian 1. NHL Dinamo Zagreb are marching towards the title, having 14 points advantage in front of the 2nd Osijek. From 21 games played in the league so far, Dinamo lost only one of them. In their last five games they are just perfect – five consecutive wins. There’s no doubt that Dinamo Zagreb will be once again champions of Croatia at the end of the season.

In their last league game Viktoria Pilzen enjoyed a 2-0 win against the leader Slavia Praha, which ressurected their chances of winning the title. Toma Chory and Jean David Beauguel scored for Viktoria in this derby.

Viktoria Pilzen have a slight advantage against Dinamo Zagreb in Europa League, but the Croatian team is still in a good position to eliminate its opponent. It’s going to be a tough game for both teams. 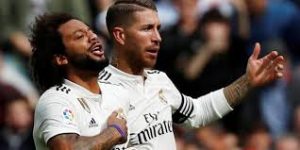